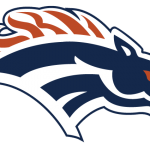 Your winter sports continued their 2019 CIF Journeys this weekend with both girls teams  capturing big wins and the COED Wrestling squad earning several spots in the CIF Masters Meet. CIF Weekend Recap: Girls Basketball 75-40 over Cajon. The girls will advance to Quarterfinals on Wednesday at Huntington Beach HS. Girls Water Polo 13-6 over 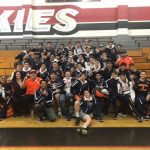 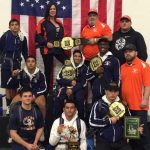 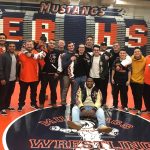 Mustangs Varsity & JV Wrestling surfs over Santiago Sharks to Victory! Varsity Wrestling had another impressive win at the League Dual besting Santiago 47-22 and are now 3-0 in the Big VIII League, with an undefeated record of 16-0 overall. JV is continuing to ride the winning wave by beating Santiago 60-23. Mustangs Wrestling had 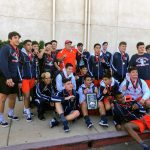 Your Mustangs swept their way to the Centennial Duals Tournament Title winning all 14 weight classes. Your Mustangs earned top honors Individually and were crowned Overall Team Champions. Their next home match is one of their biggest of the season as they face league rival Santiago as their continue their journey to the 2018-19 BIG 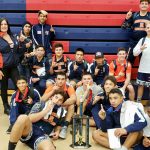 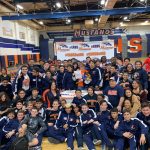 Your Mustangs pounced on the Corona Panthers 64-12 to move to 1-0 in league. Your Mustangs had 6 pins on the day en route to the victory. Your JV boys continue to impress with a 72-6 win over Corona as well! Pins 106 Adrian Ledezma 126 Tyler Leong 152 Isiah Vazquez 170 Joel Young 220 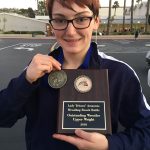 Senior Wrestler Cheyenne Williams does it again earning top honors at the San Clemente Girls Wrestling Beach Bash Tournament. Williams earned her second straight tournament title at 150 lbs while also capturing her second straight “Outstanding Wrestler” of the tournament for the upper weight classes. Cheyenne is currently undefeated on the season with all wins 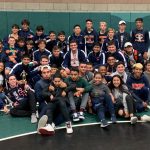 Congratulations to our Mustangs Wrestling Frosh/Soph Team for their Team Championship at Upland High School’s “Battle for Bannockburn” Dual Team Tournament. Your Mustangs had 6 individual champions and 5 Second place finishes to win the Tournament. The future looks bright for one of the most successful programs on campus, which boasts the second most CIF